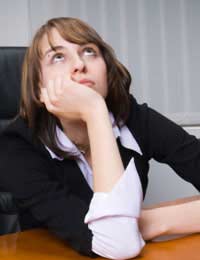 Managers will often have to address poor performance in an individual, but what if you have a poor performing team; how should manage such a situation?

All for One and One for All

Teams should be evaluated, rewarded and feedback, as a group. Each team member should also receive feedback on an individual basis. When it comes to poor performance, unless it is the instance where it is obvious that the poor performance of one team member is affecting the whole team, it should be addressed to the group.

Discussing Poor Performance with a Team

This means addressing the poor performance to the team in a group forum, perhaps a team meeting. Make it clear that it is the overall performance of the team that is concerning; it is important not to single people out individually.

Discuss with the team reasons why performance is unacceptable. Perhaps the group is struggling with issues and they need your help to resolve them. Don’t assume that you have all the answers: give the team the opportunity to explore ideas and you might be surprised with some of their suggestions. As the manager of the team it is likely that you will have particular actions you will want to see happen. Don't allow team members to point fingers at each other, the objective is to understand why the team is performing poorly, not to hold individuals responsible.

Come up with an Action Plan with the team. If the team writes the Action Plan then it is more likely that they will own the Plan! Help them come up with concrete actions to address the causes of the poor performance. All Actions should be specific with dates and people responsible. Agree with the team a date that you will all get back together to review progress.

Understand the Causes of Poor Performance

Is it really Poor Performance?

Poor performance means that the team has not achieved the outcomes that were agreed. However, if the targets were vague or unclear, or if the team struggled to understand what they were trying to achieve, then it is also difficult to say the problem is purely due to poor performance. If the problem was that the outcomes were poorly defined or not defined at all, then the issue lies with the team management process and not the team's abilities. The team cannot be held accountable if management did not clearly define their outcomes or ensured they understood them.

Do the individuals in the team work well together? Do they support each other and help each other out? All members in the team should have clear roles and responsibilities but it is also equally important that team members also help out from time to time, when needs demand it.

If performance is down then it is likely that overall team morale will also be low. If the team is struggling to understand what it is they are trying to achieve, or if they feel that expectations are unreasonable, then this will negatively impact their motivation.

Find ways to boost the team morale. Organising events outside of work can help the team get to know each other as people with interests other than work. Exercises, which help team members understand each other’s personality types, can also be useful in improving team relations.

How to Give Constructive Feedback

How to be Objective When Appraising Performance