Facts and Figures: Women in Management 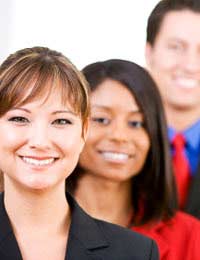 Women Managers in Britain are getting promoted more quickly than their male counterparts. However their salaries are lower but they do experience faster salary growth.

The average female team leader is 37 years old, compared to an average age of 41 for men.

Women Managers in the US